Today I will tell you about 10 phones you need to buy because these phones have remarkable qualities, cameras, classification, and conditions. These are not just the top phones but also throughout the world.

Samsung S22 will be the world’s ranked mobile with in the world with a high specification of 8/256 and have the latest android 12 version along with 4 main cameras of 108M main lens, 12M ultra-wide, and two 10M telephoto lenses. The best impression I get from the S22 Galaxy Ultra is its new look with a pretty significant boxy shape. It is a little bit similar to the S20 ultra. Samsung mobiles have usually softly rounded borders as compared to S22 and as s22 plus. One another unique thing is that it is coming with an S pen along with storing slot. It has globally released on 9 February. Its price is around 25000 Rand in South Africa.

iPhone is 2nd best phone in the world created by Apple Company with IOS 15 android version. It has a specification of 6 RAM with variable storage up to 1TB. Having 4373mah battery along with 12M front and back camera 3 times optical zoom lens. It has a Pro XDR display of 6.7 inches with 120 Hz refresh rates. iPhone 13 pro max is coming with the advanced sensor of proximity, gyro, and accelerometer. Its price is around 24000 Rand available in different colors of silver, gold, graphite and sierra blue. I hope you will must try this phone within your life.

This phone is going in high competition with Samsung z fold 3. Oppo Find N has also variable specifications of up to 512/12 memory. This is developed after the huge research of 4 years by Oppo Company. The fantastic thing about this is that it is coming with a foldable design. It has two displays of 7.1 inches inner and 5.49 inches external along 8.4 by 9 and 18 by 9 aspect ratio. Its processor is Qualcomm SM8350 Snapdragon 888 5G.33W super boot fast charger with 15 W AIRVOOC wireless 10 reverse charging. It is coming at the price of 25000 Rand.

Samsung is the biggest Android mobile company in the world. This phone has 6.8 inches dynamic AMOLED display, 1440 P, and 120 Hz refresh rates. This phone is also supporting an S pen however this is not built in the mobile. The amazing is its battery life of 5000mah, which you can use up to 114 hours. It is coming with a 24 watt fast charging ability. In more detail, it has also a 108 MP main camera and 12 MP front camera. The price of the S21 phone is 17000 rand.

It is such a phone that the whole world wants to buy but is still only released in China. It will be soon released in 2022. It has a specification of 8 GB RAM or 128 internal storage coming Snapdragon 888 processor. One thing that makes it unique is its design. Huawei P50 Pro is coming with a 50MP quad front 13 MP back camera. According to some reviews, this leaves back the iPhone or Samsung phones in camera. It is a waterproof phone but does not give the 5G facility. Its price will be up to 18000 Rand

This is the upcoming phone in 2022 which will be launched in the middle of this year. It has an amazing processor of snapdragon 8 gen also known as snapdragon 895 5G Qualcomm. In way of the camera, it has a 50 MP camera with GN 5 sensors of Samsung Company. Xiaomi 12 Ultra has also 3 more cameras of 48MP, and one of them has 120X zoom. As in way of display it will be 6.8 inches with ITPO display with variable refresh rate and 2k resolution. This phone has a large battery with 100 watts of fast charging. It is available at 12000 Rand.

It has a monster camera of 108 MP front and 20MP back with wireless charging of 8/128 GB specification. Xiaomi 11 Pro has 6.81 inches screen coming with 5G and has a magnificent QUALCOMM snapdragon 888 processor. It is also necessary to note that this phone has android 11 versions.  Xiaomi Mi 11 Pro is Available on 13000 Rand.

It has a specification of 256/8 with a snapdragon 888 processor. Its screen is 6.67 inches coming with 551 PPI density and having an OLED screen. Which is much better than One Plus 9 Pro. It has 3 cameras of 50M up to 5x zoom. This phone has launched just only in china and will be soon launched all over the world. It is necessary to note that it is not sure that it will come with 100% accurate specifications. Its price is estimated up to 20,000 Rand

Although this phone is for those people who belong to middle-class families. Infinix is a china Company whose phones are coming with amazing features at a very low price. This phone has a 209 g weight of 6.95 inches screen. In terms of specification, it has 8/128 internal storage. This phone has a 64 Megapixel front camera with a quad flashlight and has 16 MP front camera. Its price is 5000 Rand.

These are the phones you need to buy in 2022. I hope you can get a lot of information and also shares your ideas in the comments below 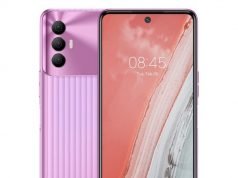 Infinix Hot 12i Price in Ghana Franko and Specs 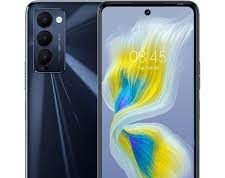 Tecno Camon 18i Price in Ghana Franko and Specs 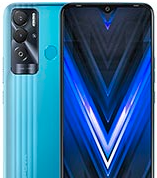